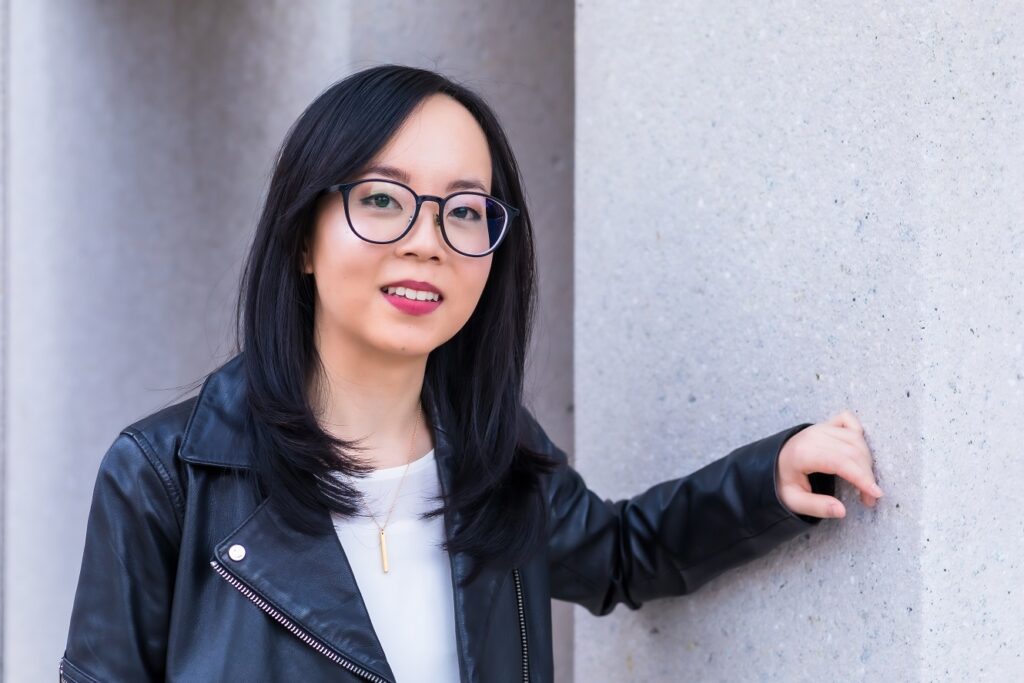 Gloria Fanchiang is a second-generation Taiwanese American songwriter, producer, recording artist and worship leader based in Los Angeles. She is passionate about decolonizing worship and empowering Asian American communities to develop contextualized worship music and liturgy.

Gloria grew up in a musical family in New Jersey, studying classical piano, flute, and singing and playing in numerous choirs and ensembles throughout her childhood. She also grew up in a Chinese immigrant church, but did not discover faith until joining the InterVarsity student group at Wesleyan University. As a college student, Gloria felt called to pursue music and also began wrestling with issues of Asian American identity, justice, and how they overlap with faith. After graduating with a B.A. in sociology, Gloria worked in the marketing research industry and served at Metro Community Church in Englewood, NJ as a worship leader. In that season she discovered her gift of songwriting and released her debut original worship album “Remain in Your Love” in 2016.

Gloria served as the Worship Director of HA:N UMC from May 2019 to April 2021. During the pandemic, Gloria moved to Los Angeles, led worship at EFC Alhambra, and released a few original worship songs, including  “God Who Sees Us,” which laments anti-Asian hate. The song has been featured in numerous platforms including the Asian America: the Ken Fong Podcast and the upcoming 2022 InterVarsity Urbana Conference.

Gloria is currently stepping away from local church ministry to focus on creating music and worship resources for Asian American Christians. She hopes that her music and ministry inspire other Asian American expressions of worship.

Gloria holds a Certificate of Christian Studies from Fuller Theological Seminary and was named a Lovelace Scholar in 2019 by the Hymn Society of the United States and Canada. Gloria’s music is available on Spotify, Apple Music, YouTube, etc.